8 High-Flying Places to Jet Off to for National Aviation Day!

Up, up, and away! August 19th is National Aviation Day!

To celebrate National Aviation Day, we’ve rounded up a list of Southern California aviation-themed places you could take off to with your kids!

Located on the airfield at LAX, this educational facility and museum takes you on a journey of Southern California’s aviation history. See flight crew uniforms on display from 68 airlines from around the world, check out the DC-3 Plane Exhibit, marvel at model rockets and the astronaut flight suit in the Space Exploration Exhibit, or sign up for their Flight Path Simulator Training.

Admission Prices: $5/general, $3 for seniors, military, and children 12 and under. 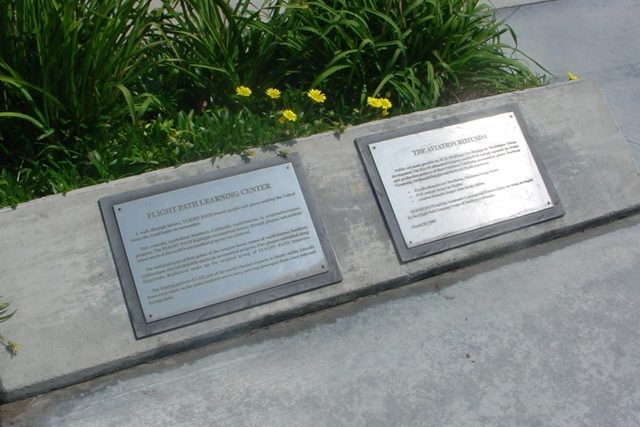 The Flight Path “Walk of Fame” is a pathway of plaques dedicated to the pioneers and individuals whose “work” helped ensure Southern California’s world leadership in aviation/aerospace. The Walk of Fame is located on Sepulveda Blvd. in the Westchester area of Los Angeles.

Check out the full list of honorees here, and go on a hunt to find everyone’s plaque! 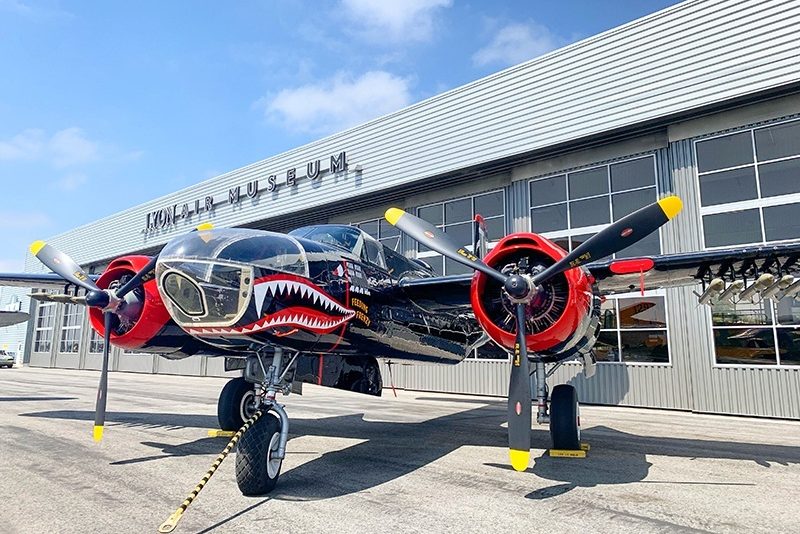 Stroll through the museum to see authentic aircraft like:

Visitors will also get to see military vehicles, military motorcycles, and automobiles! The museum also hosts family-friendly events throughout the year including Open Cockpit Day this Saturday, August 21, 2021. You’ll get to climb onboard their C-47 “Willa Dean” for an education cockpit tour.

Also, their summer exhibit, There’s a Ford in Your Future, featuring vintage and modern Fords is on display through September 6, 2021. Don’t miss it! 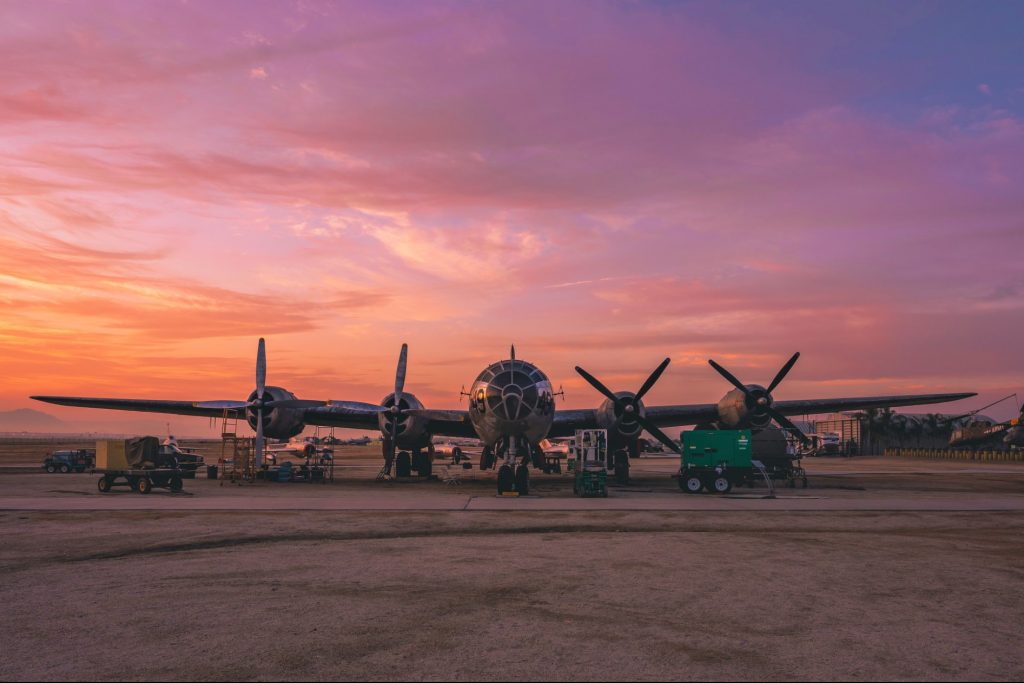 With over 30 acres of outdoor exhibit space, and two large indoor exhibit hangars, March Field Air Museum has the one of the largest displays of military aircraft and artifacts in Southern California.

Nearly 80 historic aircraft are on display spanning almost 100 years of aviation history. The collection includes examples ranging from the frail fabric covered bi-planes of the First World War, to the sleek jet fighters of today, from the rugged helicopters of the Vietnam period to the futuristic unmanned aerial vehicles of tomorrow’s battlefields. 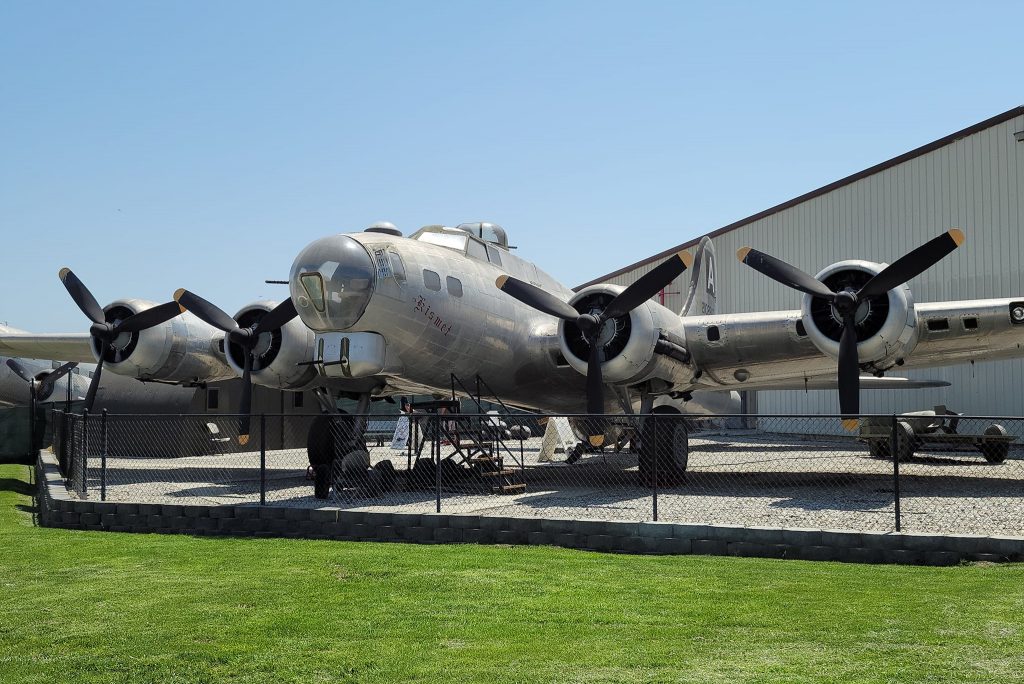 The museum is home to nearly 100 aircraft spanning the earliest days of aviation, including the First World War, the 1920s and 1930s, World War II, Korea, and Vietnam. On Saturdays and Sundays, the Museum’s Boeing B-17 “Flying Fortress” will be open to visitors to safely enter and learn about the men and women who

Save the Date: Their upcoming Planes of Fame Air Show happening October 30-31, 2021! 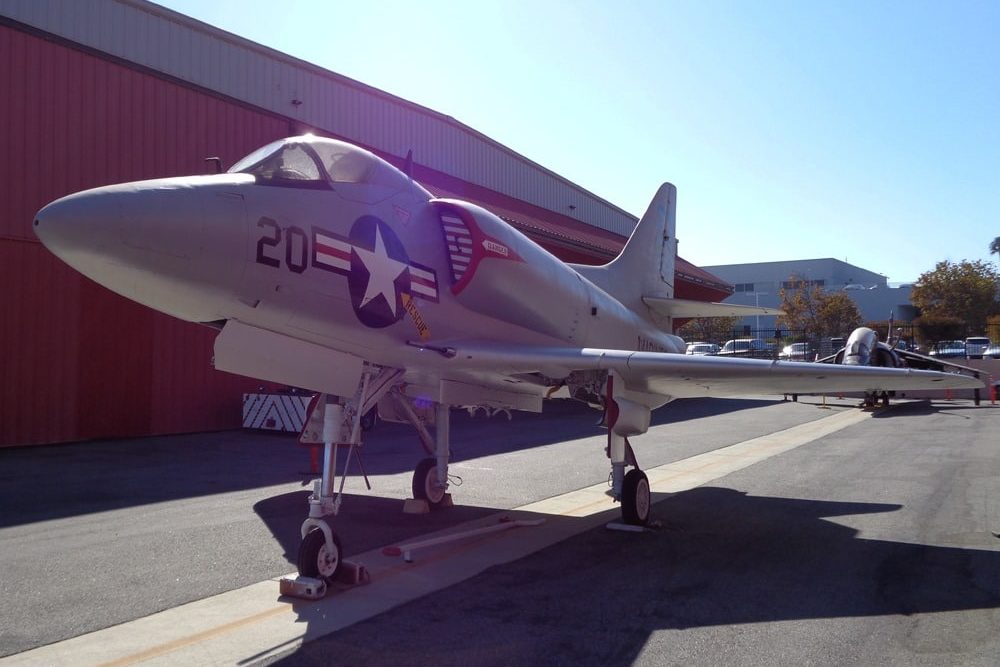 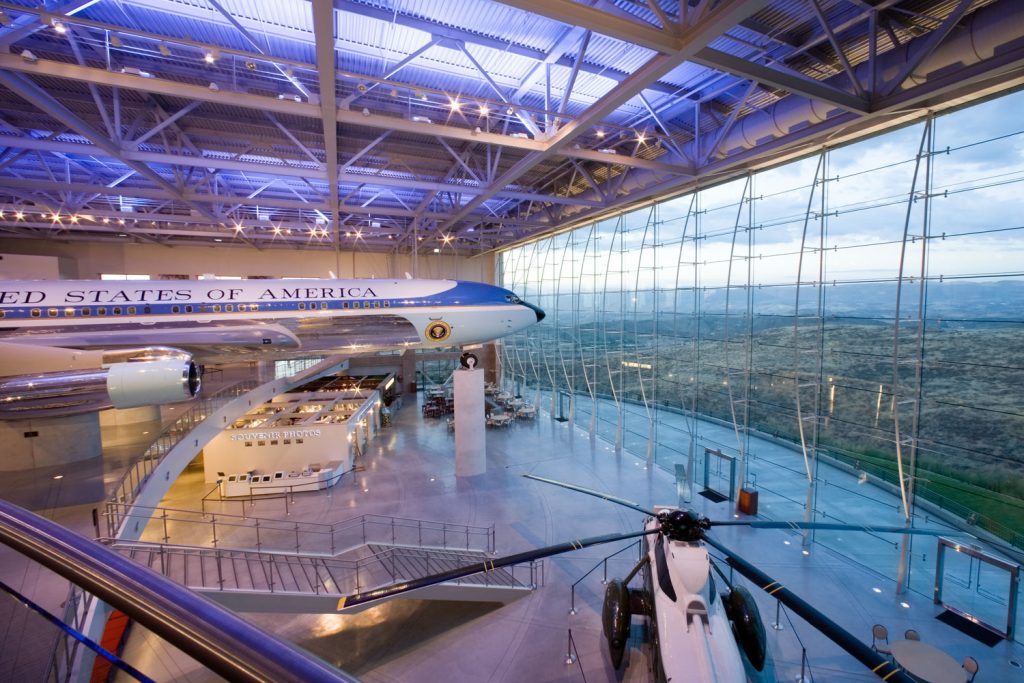 Air Force One at Reagan Library

Also on display in the Air Force One Pavilion is the presidential limo, secret service suburban, and an actual Marine One helicopter that flew President Johnson.

Save the Date: Pacific Airshow

Save the date for one of the best airshows around! The Pacific Airshow, happening October 1-3, 2021, delivers an action-packed lineup of events featuring live music festivals on the beach and over-the-water aerobatic demonstrations. The airshow has grown to become the largest airshow in the United States by attendance attracting millions of spectators every year. 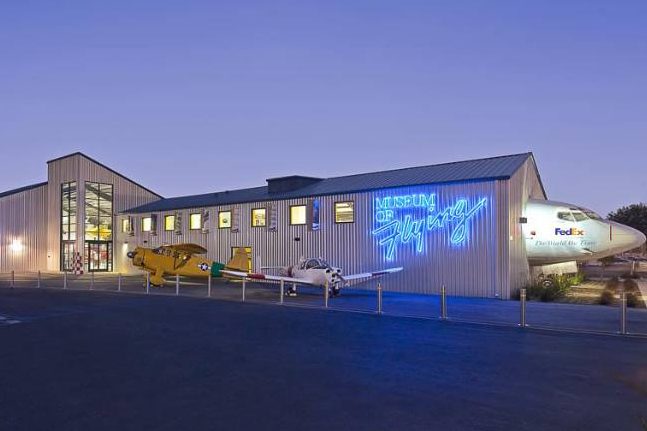 [CURRENTLY CLOSED] Located at Santa Monica airport, the museum exhibits vintage aircraft (with many still in flight-ready condition), artifacts, a MaxFlight flight simulator (additional rates apply) and more. The museum is currently closed, but will be reopening soon! Date TBA.