A Treasure Trove of Pirate-y Things to Do in SoCal!

Ahoy, Kidsguiders! You’ve found it, an entire treasure trove of pirate adventures in SoCal. Everything from spectacular special events to pirate-y places that “aarrgh” sure to be a great time!

Enjoy extended hours at Buccaneer Bay with Family Friday Nights! Each Friday will be a different theme, full of music and fun. You will even be able to treat yourself to a special themed snack from Captain Jack’s Grille or Captain’s Cravings. Don’t forget to say hi to Petey Parrot if you see him!

You don’t want to miss this pirate party race. Come in your best pirate’s attire! Kids can participate in the 1K Fun Run. Get a chance to win raffle prizes and the first 400 registrants get a t-shirt and eye patch.

It’s the biggest pirate fest in the west! Thousands of costumed pirates and three pirate ships are taking over Long Beach.

Located on the scenic lighthouse peninsula in Long Beach behind the Aquarium of the Pacific. Admission is free. Food, beverage and merchandise for sale. Also see the Pirate Invasion of Long Beach 5K happening June 29. 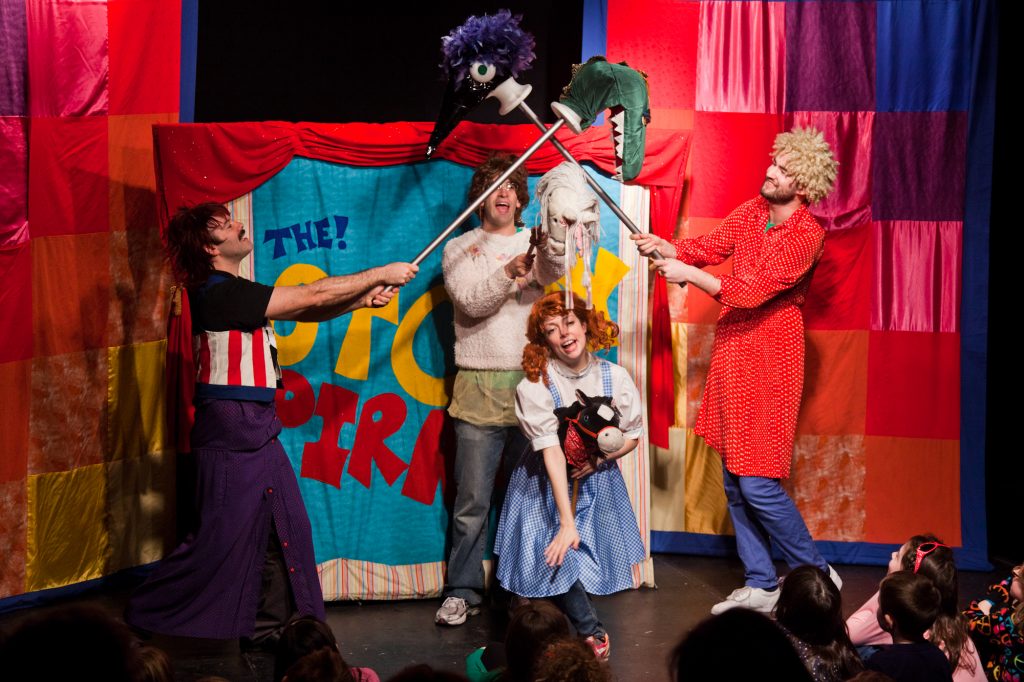 Catch their hilarious sketch comedy musical, Greatest Hits Show, at the Skirball Cultural Center. The show is based on stories written by elementary school students and the spontaneous ideas of kids in the audience. Sketches run the gamut from kung fu ninja babies fighting crime, to cats flying, to tickle monsters who rule the world.

Experience a taste of the pirate’s life in a world-renowned, interactive dinner theater. Their all-new show, Secrets of the Deep, is packed with non-stop action, special effects, death-defying stunts, beautiful aerial artistry, swashbuckling swordplay, and a classic story of good vs. evil.

No sailor ever goes hungry at Pirates Dinner Adventure. Their hold is stocked to the gills with delicious grub for the whole family including appetizers before the show and vegetarian, vegan and gluten-free accommodations.

Perfect for pirates, patriots, and privateers! Set sail aboard the schooner Spirit of Dana Point and experience California from the perspective of an early tallship explorer.  Join the crew to help raise sail, handle lines, and steer the ship. Or simply sit back, relax and enjoy the majesty of sailing the seas aboard a tallship.

Pirate’s Cove has a great selection of pirate clothing including for kids, pirate hats, and lots of cool pirate stuff. Find souvenirs for every member of the family at this treasure house of pirate, nautical, Long Beach and California memorabilia, collectibles and film.

It’s a real life pirate lair! Cruise by this fun house decked out in pirates descending from ropes, chilling in a hammock, or guarding the treasure. Visitors have claimed that it’s even better than the Pirates of the Caribbean at Disneyland because you can get up close to the pirates, there are no lines, and it’s free!

Do you know of any other awesome pirate places in your city? Let us know below!